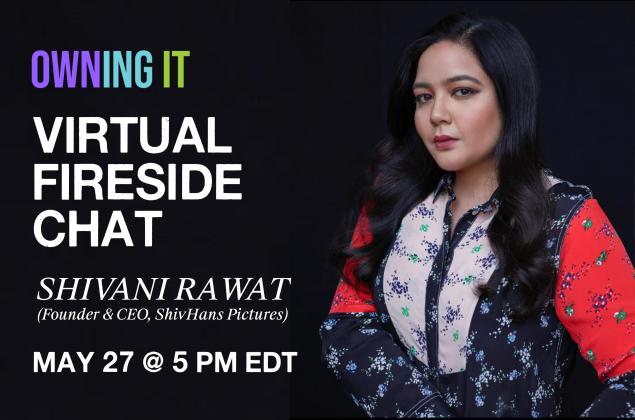 May 27, 2021
Owning It Virtual Fireside Chat with Shivani Rawat: Outside the Hollywood Model – Produce, Finance and Distribute Your Film
Registration For This Event Has Ended

Join us for our next Owning It Virtual Fireside Chat on Thursday, May 27th with Founder and CEO of ShivHans Pictures, Shivani Rawat.

In 2021, the ability to make films outside of the studio system has become not just a reality but the norm. With the ability to catalyze the creation of your own compelling unique stories, the question changes from how “can” I to how “do” I. How does one successfully produce, finance and get one’s work distributed outside of the typical Hollywood system?

Join us for our next Owning It Virtual Fireside Chat on Thursday, May 27th with Founder and CEO of ShivHans Pictures, Shivani Rawat (executive producer of THE TRIAL OF THE CHICAGO 7 and producer of WANDER DARKLY, BRIAN BANKS, and THE WATER MAN). Shivani will discuss the creation of her production and finance company, her recent expansion into distribution, how she supports women and non-binary filmmakers and how you as a filmmaker can look to produce, get financing and find distribution that will be get your story out to the world. You’ll walk away with a clear perspective of how production company experts like Shivani are looking to collaborate with filmmakers just like you. 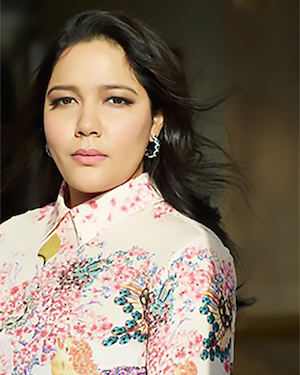 Shivani Rawat
ShivHans Pictures - Founder/CEO
Shivani Rawat is the Founder and CEO of ShivHans Pictures, a production and finance company that supports the visions of independent filmmakers while collaborating with creatives to produce dynamic and groundbreaking feature films outside the Hollywood studio model. Shivani’s recent films include David Oyelowo’s The Water Man, Tara Miele’s Wander Darkly, Aaron Sorkin’s The Trial of Chicago 7, Jay Roach’s Academy Award-nominated Trumbo, Matt Ross’ Academy Award-nominated Captain Fantastic, Bleecker Street’s Danny Collins, as well as Brad Anderson’s Beirut and Maya Forbes’ The Polka King. Her upcoming films include Jonathan Hensleigh’s The Ice Road recently acquired by Netflix. In 2019 Rawat’s ShivHans Pictures expanded into distribution, including a co-distribution deal with Bleecker Street for U.S. rights to Anthony Maras’ Hotel Mumbai, followed by Tom Shadyac’s Brian Banks, which ShivHans also produced.??Rawat is a Board Member of the Annenberg Inclusion Initiative, as well as a member of the Producers Guild of America, Women in Film and Film Independent. She is a supporter of various industry-related organizations including Time’s Up, the California Innocence Project, the Horizon Award, the Motion Picture & Television Fund, and in 2019 served as a sponsor for HUMANITAS, honoring film and television writing. She recently provided seed funding for Women in Film’s Hire Her Back campaign, which supports inclusive hiring in the wake of the COVID-19 pandemic. 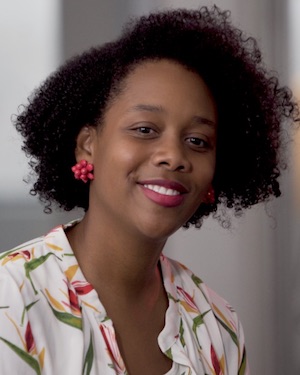 Kia Brooks
The Gotham - Deputy Director
Kia Brooks is the Deputy Director at The Gotham Film & Media Institute (The Gotham). She oversees the organization’s programming, membership and marketing. Prior to her role as deputy Director, Kia was the Director, Membership & Strategic Partnerships at the Made in NY Media Center by IFP. She oversaw the Media Center’s general operations, event programming, membership and strategic partnerships. Before joining The Gotham, she worked in publicity and special events for over five years at revered companies such as Focus Features, Tribeca Film Festival, and Oscilloscope Laboratories working on theatrical releases, awards campaigns and special events titles include Dallas Buyers Club, Anna Karenina, Moonrise Kingdom, Time is Illmatic, among others. Kia received a Bachelor’s of Arts degree in Public Communications from American University. Kia loves connecting people and building community."

Please join this Q&A via the ZOOM link in your confirmation email.