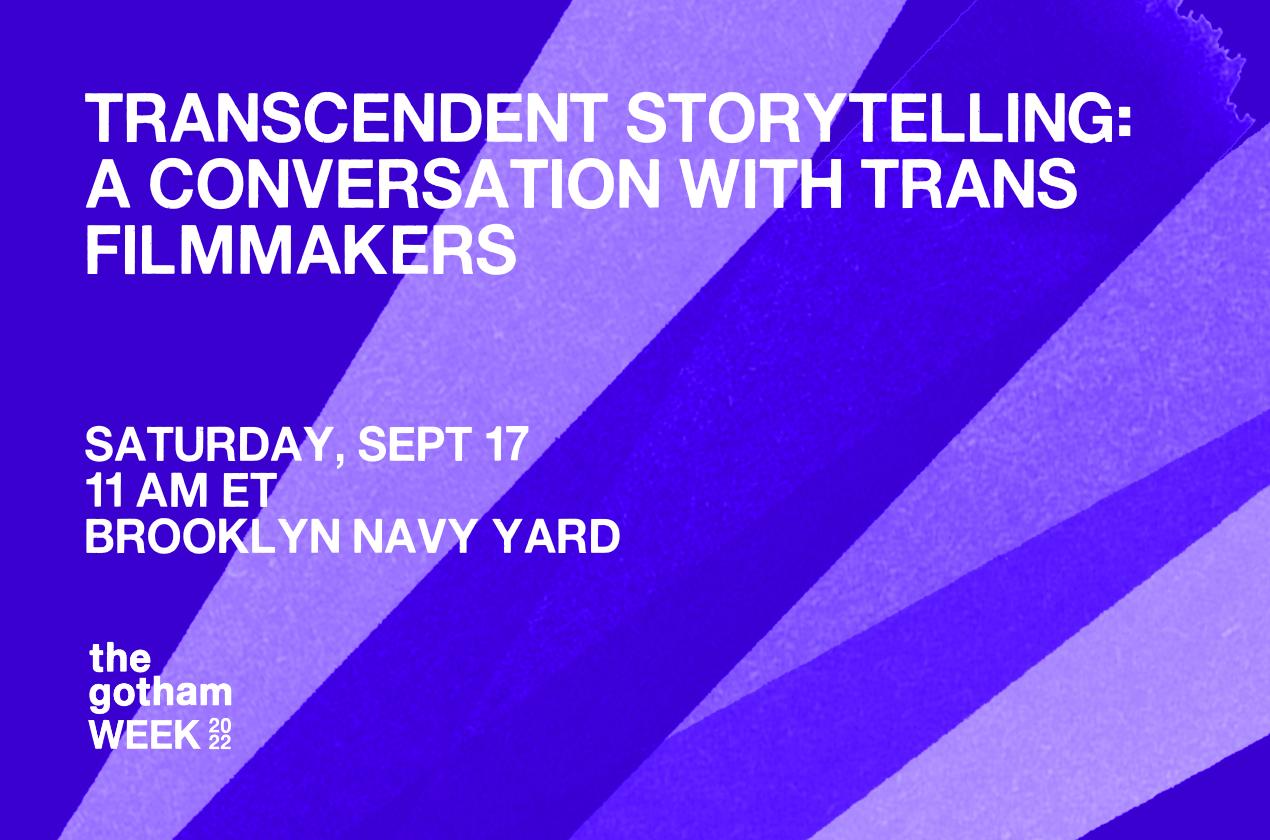 New voices in trans cinema discuss the power of storytelling as a tool for meaningful cultural change.

Hear from exciting, new voices in trans cinema including alumni of the Fatales Forward: Trans Stories program, a trailblazing fellowship from Film Fatales created to uplift trans and gender-diverse filmmakers by fostering an enduring collaborative community of creators, as they discuss their filmmaking process, the state of representation, and the power of storytelling as a tool for meaningful cultural change.

Despite the increased visibility of trans characters on screen, opportunities for gender-expansive directors behind the camera are virtually non-existent. By sidelining gender nonconforming voices, Hollywood is actively contributing to the misrepresentation that leads directly to real-world violence. It is crucial that the film industry take responsibility for our role in influencing culture. We need more gender-nonconforming storytellers behind the camera to ensure the authenticity of the stories being told. 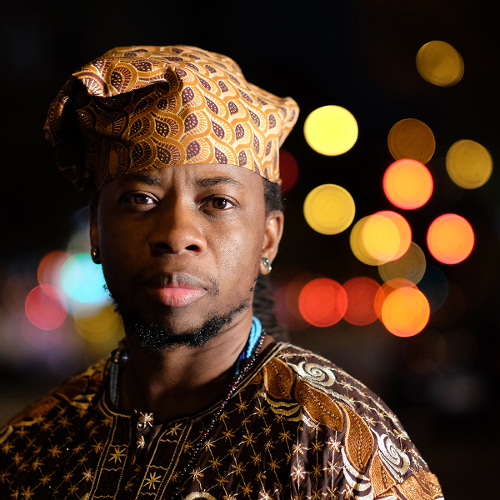 Seyi Adebanjo
seyi adebanjo is a Queer Gender-Non-Conforming Nigerian MFA artist, who raises awareness around social issues through video, ritual, photography & writing workshops. seyi is serving on The Think Tank (2021-2022) as one of the co-designers of Creatives Rebuild New York (CRNY) artist grant programs. seyi was recently awarded a residency with The Laundromat Project, NYSCA Individual Artist Grant, received the BRIO Award and 1 of the 8 Exciting Filmmakers Shaking Up Hollywood by IndieWire. seyi was nominated for the 2020 Art Matters Fellowship. seyi’s projects include: Honor Black Trans Womxn! a call to center, protect and celebrate Black Trans Womxn. I AM! We Are Here! illuminates the vitality, spirit & joy of LGBTQ People of Color in the Bronx. seyi’s powerful short Justice for Islan Nettles has screened on PBS Channel 13, Brooklyn Museum and continues to screen globally. seyi’s award-winning documentary ?ya: Something Happened On The Way To West Africa! is screening globally with a speaking tour. seyi’s latest project is Afromystic which follows LGBTQ Òrìsà practitioners and priests/esses at the crossroads of Yorùbá, Caribbean and Afro Brazilian Culture, while reclaiming lost mythologies. The work celebrates lost Queer & Trans folklore, where deities change gender and are born from the love of two womyn. With explorations of gender fluidity, Queerness and spirituality, seyi's work exists at the intersection of art, imagination, ritual and politics. 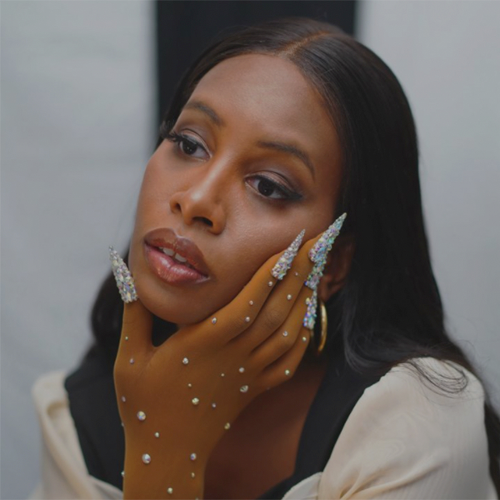 Nyala Moon
Nyala Moon is a filmmaker, writer, and actress of trans experience. After working in the nonprofit community helping other transgender and queer people of color access affirming health care, Nyala took a leap of faith and pursued her passion for filmmaking. Before going to film school, Nyala worked with the indie LGBT film scene as a director, writer, and producer. Nyala was also a contributor for the anthology, Written on the Body: Letters from Trans and Non-Binary Survivors of Sexual Assault and Domestic Violence by Lexi Bean. Nyala Moon has been touring colleges with her other anthology contributors, speaking to college students about sexuality, gender identity, and sexual assault. In May 2020, Nyala graduated from City College with her MFA in film production. Last year her student thesis film, One Last Deal, was screened at NewFest, Inside Out Toronto, Outfest, and many other film festivals. Nyala was also a 2020-2021 QueerArt Film fellow with Tu Me Manques director Rodrigo Bellot as her mentor. She also is a TV writing fellow for Hillman Grad 2021 inaugural class, and recently received the NewFest New Voices Grant. 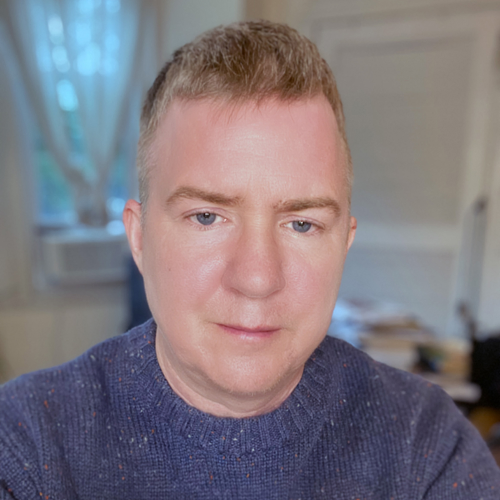 Chet Pancake
Chet Pancake is an award-winning filmmaker, video, new media, and sound artist. They have exhibited at national and international venues such as MoMA, Royal Ontario Museum, Baltimore Museum of Art, and Academy of Fine Arts, Prague. Pancake’s narrative and experimental documentary work has been screened at over 150 venues nationally, as well as broadcast on the Sundance Channel, PBS, FreeSpeech Television, and the Community Channel UK. Their films are nationally & internationally distributed by Bullfrog Films and Canadian Filmmakers Distribution Center and are held in permanent collections in over 75 university and museum archives nationally. Pancake is an Assistant Professor in the Film and Media Arts Program at Temple University. Pancake’s film Queer Art was recently released by Frameline Distribution. 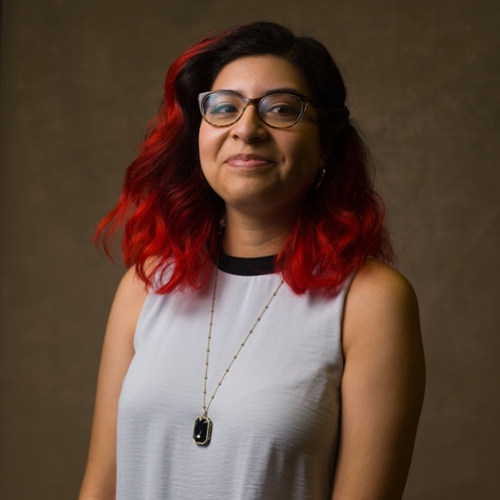 Film Fatales is a 501(c)3 non profit arts organization and talent discovery platform which supports a membership community of over a thousand feature film and television directors of all marginalized genders. We advocate for hiring equality and inclusive programming practices by working with key decision makers to expand the talent pool and raise the visibility of underrepresented creators. Together we can build a more equitable film industry for us all.